Hey Sushi lovers. Sign up to the Osaka Bay Club for delicious prizes and exclusives.

Prepare to be shocked. Not only did Italians not invent spaghetti, but the Japanese can’t lay claim to the invention of sushi.

Well, that’s not entirely true: they didn’t invent Sushi 1.0, something called Narezushi. Narezushi was introduced to Japan about 2000 years ago from the paddy fields around the Mekong river in Southeast Asia. Fish was fermented with salt and rice to keep it edible in the hot and humid climate, and when ready to be eaten, the protective rice casing was thrown away.

Over the next 1400 years, Japanese tastes changed toward wanting only semi-fermented fish, with rice. Namanare was the name of this evolution, and it involved partly raw fish, enclosed in vinegared rice (which sped up the fermenting process) and eaten ‘fresh’.

Finally, in the 19th century, Sushi 2.0 was born: rice wasn’t being used for fermentation anymore, but was vinegared and adorned with raw fish and vegetables, with Nigiri and Maki becoming hugely popular in Edo (an early name for Tokyo).

So, there you have it. The fast food that we know as sushi was actually quite slow to come about.

Sushi was a cheap fast food. But only for, erm… Tokyonions.

Sushi was a cheap fast food. But only for, erm… Tokyonions.

It was considered a fast food: the rice and raw fish combo took a lot of skill from the sushi artisan but not a lot of time. Roadside stalls started popping up in the 1800s in what is now Tokyo and providing socially acceptable on-the-go snacks to theatre-goers and picnic lunches for families having a day out in the park (especially during cherry blossom season).

Although at that time there were two sushi restaurants for every soba (noodle) restaurant in the capital, it wasn’t until the Great Kanto earthquake in 1923 that sushi became nationally known, as sushi chefs were forced to leave Tokyo in search of work, taking their skills and recipes with them. 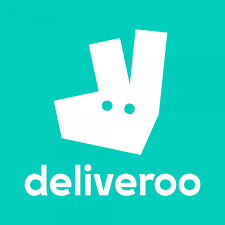 Just letting you know that you're leaving the Sushi Daily UK site to complete your delivery order with one of our partners.